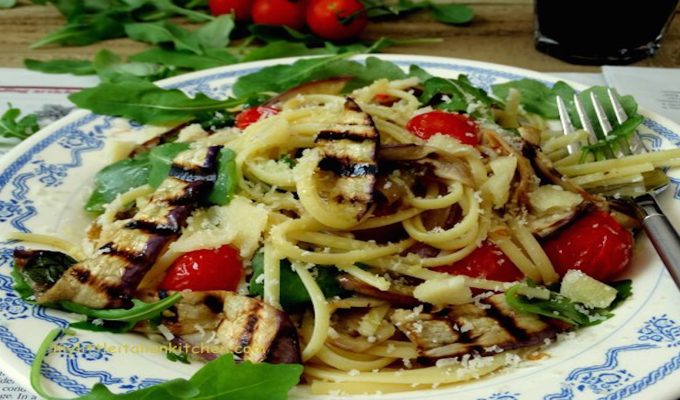 Cut thinly the aubergines into slices (about 4 mm thick) and drizzle some salt over them and let them rest for 10 mins. Drain the excess water with a kitchen towel then put them on a hot griddle pan and roast them on both sides until soft. Wash the tomatoes, cut some into halves and leave some whole. In a pan stir fry 2 cloves of garlic with 2 tbsp of olive oil. After then, add the cherry tomatoes, basil leaves, salt and pepper and toss for a couple of minutes. Then add the aubergines and stir everything together for a few of minutes. Cook the pasta in salty water for 2 mins less than cooking instructions, drain and stir well with the vegetables over a source of heat for the remaining 2 mins of cooking. Add the rocket leaves and stir well. Sprinkle with olive oil and serve with plenty of fresh Parmigiano Reggiano. 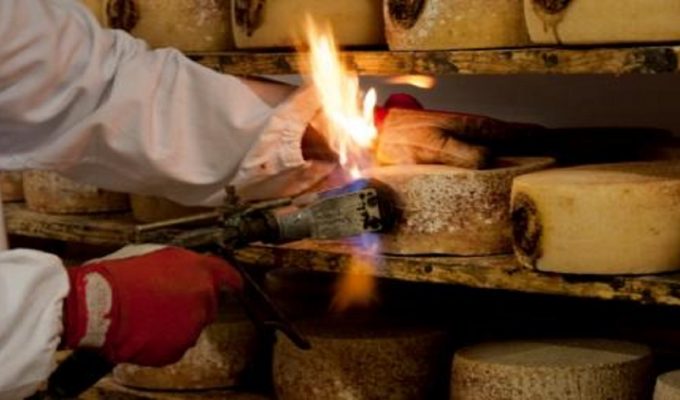 In the past, this cheese was called  “Cacio Marzolino” because its production took used to start in March. Crossing centuries, today Pecorino Toscano PDO has become an excellence, known and appreciated both nationally and worldwide.

It is characterized by two essential elements: its deep relation with Tuscany and its production, by exclusively employing goat milk. This milk determines the unique taste, savory but, at the same time, much more delicate than other varieties of pecorino cheese. Twenty years ago, the European Union recognized these essential features, by attributing to Pecorino Toscano the Protected Designation of Origin (PDO).

A high quality certification, strengthening the close link between Pecorino and Tuscany and establishing a detailed rules of production, in order to give consumers the absolute certainty of buying the authentic Pecorino Toscano PDO.
Both milk production and ageing must take place within the area of the Place of Origin. Only four sheep breeds can be employed for production: Appenninica, Sarda, Massese and Comisana. There are two varieties of Pecorino Toscano PDO: the fresh one and the matured one. The difference is related to the length of the ageing process: 20 days for the first and at least 4 months for the latter. They also have a slightly different color: mature Pecorino has a dark yellow texture while that of the fresh one is lighter.

As for production, today there are 15 dairy industries, spread all over the 10 provinces within the PDO area, 870 certified factories, about 3 thousands people employed in the supply chain only and 3 thousand tons produced every year. In 2015, the Consorzio di Tutela del Pecorino Toscano DOP – which supervise the sector – celebrated its 30th anniversary. Its activity is characterized by the promotion and valorization of the cheese, focusing on communication and the use of new media, and the fight against food counterfeiting and related fraud.

Today, the ancient origins of Pecorino Toscano coexist with a modern, future-oriented view of the product, allowing it to have a starring role at Tuscan tables and in many others in Italy and internationally, reaching France, Germany and also the US, showing important growth prospects in many interesting markets, such as the Middle East. In 2013, to favor this new trend, the first Pecorino Toscano PDO with Halal certification appeared on the market, produced in compliance of Islamic rules. 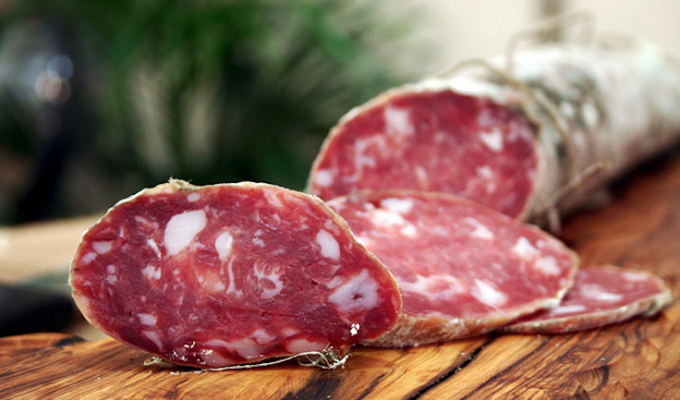 Salame di Canossa has a millenary origin, linking it to the territory to which it owes its name. At the time of the Roman Empire, some Lombard tribes started inhabiting the Emilian hills bordering with the Imperial settlements. In opposition to Roman sheep farming, they introduced the consumption of pork meat, thus favoring the development of pork butchery. In the Middle Ages, these territories came under the control of Matilde di Canossa, a crucial figure for her epoch, that guided these areas to a period of prosperity. Salame di Canossa is made of selected part of pork meat and dices of its fat called “lardelli”. Differently from the common salame, it doesn’t contain garlic and its marinating in Lambrusco contributes to its delicate taste. According to the legend, the Dukes of Parma and Modena used to visit Canossa every year, in spite of the long and dangerous trip they had to afford, only to get this salame! Today, these lands are still an important destination for food lovers and experts, who visit Canossa to discover its wonderful castles and medieval villages and eat its good food. 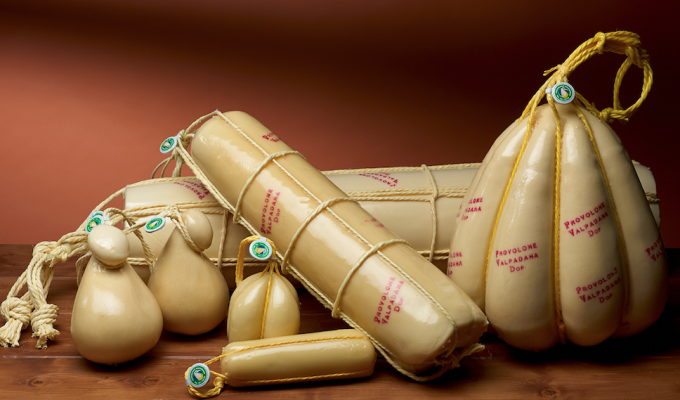 The Provolone Valpadana PDO is deeply intertwined with the typical characteristics of the territory where it was produced, such as its geography, agriculture and the history of the men who have lived there.

The reclamation and channeling of spring and surface water in the area between the Lambro and Adda Rivers was the result of the huge work of local Cistercian monks. This allowed the development of a cereal-livestock production, focused on the breeding of dairy and cheese-making cattle. This latter activity soon spread beyond its core in the lower Milanese, reaching the entire Po Valley and becoming the valley’s main economic resource.

Provolone first appeared around the second half of the 19th century, as the result of the happy marriage between the “pasta filata” (spun paste) cheese tradition, born in the South of Italy, and the local dairy culture typical of the Po Valley. In 1861, the unification of Italy made travelling in the peninsula easier and many entrepreneurs from the South, started moving their production activities to Piacenza, Cremona and Brescia. In this way, the consumption of “pasta filata” cheeses encompassed the whole country. Thanks to the great availability of milk and the vanguard infrastructure, crucial to get high quality products, the Po Valley laid the basis for the evolution of Provolone, which is now available in different formats (from a few hundred grams to more than a ton).

The term “Provolone” first appeared in 1871, as an entry in “Vocabolario di agricoltura di Canevazzi-Mancini” (Cappelli, 1871), defined as a large provola. This feature, together with its ability to ripen for long periods without drying out excessively, allowed this original cheese to stand out from the large variety of “pasta filata” cheeses produced in Southern Italy.

The “Valpadana” DPO was first coupled with the term “Provolone” in 1993 (DPCM 04/09/1993), thus recognizing the centuries-old tradition of the territory in which Provolone was born.

Thanks to Consorzio Tutela Provolone Valpadana